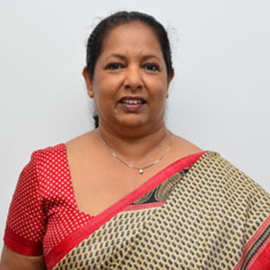 Deepthi’s areas of expertise encompass Hospitality, Travel, Tourism and Commercial Aviation. She holds a Hospitality Degree from the Ceylon Hotel School & a Diploma in Travel & Tourism from the London Institute of City and Guilds.
Deepthi's career in senior management began with her post as C.E.O of an Airline GSA & Travel Company handling both Airline Passenger & Cargo Operations representing a leading Global Airline.
During this period she held office as President of the Sri Lanka Association of Airline Representatives, Sri Lanka Interline Club, and Sri Lanka Korea Business Association and was a committee member of the Ceylon Chamber of Commerce.
Migrating to the USA in 2001, she helped an established Middle East based Airline set up a sales & marketing office to penetrate the US/Canada market which evolved into a fully fledged online airline operation. As the C.E.O of the General Sales Agency of this airline, her contribution played a definitive role in establishing this airline in the world’s largest economy.