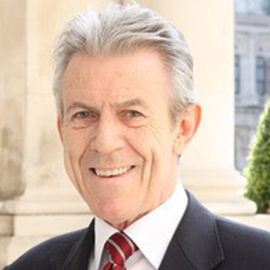 Peter brings significant experience in international relations from his 42 years of working as a career diplomat with the British Foreign Service. He has lived and worked in a number of countries including Pakistan, Italy, Poland, Australia, St Lucia (where he was the Resident British Commissioner), Sri Lanka (where he was the Deputy British High Commissioner from 2001-2005), and Afghanistan. Peter was the British Ambassador to North Korea from 2008-2011, and British High Commissioner to Belize from 2013-2018. In 2007 he was awarded the Civilian Service medal for his work in Afghanistan, and in 2013 he was honored with an OBE by HM The Queen.